School Security: Are your children safe?

A new technological device called the School Gate Guardian is being dubbed as “the next evolution in school security.” 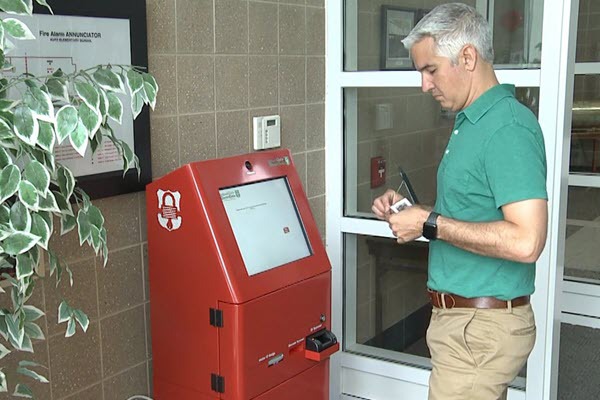 The device scans a visitor’s license before he or she is allowed on campus, which is then checked against a national sexual offender database and court orders that may possibly restrict the visitor’s access to schools. The device also keeps a list of who is inside the school at any given time..

Multiple shootings at Columbine High School, Virginia Tech, and, most recently, Sandy Hook Elementary School have raised the question of whether current school safety measures are safe enough. School Gate Guardian is one response to this question and will no doubt spearhead the way to many revamped safety measures.

In addition, it has recently come to light that many schools have hired sexual offenders to work on campus, despite the laws preventing this. In two separate cases in Texas and Manhattan, sexual offenders were hired to work at a carnival and hired as a mechanic respectively. Requiring even teachers to run their licenses through the device would help eliminate those who are not permitted near children. Another school in Nebraska is taking it one step further by requiring construction workers working on school buildings to swipe their license or ID card.

In the case of an emergency, the Guardian provides a record of who is in the school. Police and other emergency personnel will know exactly who is in the building, saving valuable time and, potentially, lives.

This device will no doubt reassure parents of their children’s safety. However, to up the ante even further, it’s a good idea to also keep track of the sexual offenders in the area.Kids Live Safe allows you to monitor registered sexual offenders in your community, as well as details like their crimes and physical appearances. Knowing exactly what poses a risk to your children provides better safety for them and better peace-of-mind for you.